The open letter from Mark Zuckerberg that appears in Facebook’s IPO offering is available online. It makes for some very interesting reading. Check it out.

I’ll be giving my “Leveraging Rails to Build Facebook Apps, Version 2.0” talk at the NovaRUG meeting on September 15th. This version of the talk incorporates the recent changes that Facebook has made to its developer ecosystem. It will also be videotaped by the incomparable Don Anderson, although the talk won’t be available online until after I’ve given the talk at SunnyConf in Phoenix, AZ. 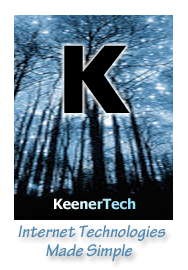 I just received word today that I was accepted as a speaker for SunnyConf, Arizona’s first Ruby conference, which will be held September 25, 2010. I’ll be giving a talk on “Leveraging Rails to Build Facebook Applications.” This is version 2.0 of the talk, incorporating major changes that were announced by Facebook at their F8 conference in April.

I will be speaking at RubyNation 2010. My topic is “Leveraging Rails to Build FaceBook Applications.” This is a distillation of some of the practical tactics that my development team at MetroStar Systems has used to create highly successful FaceBook applications using Rails, including real-life systems like PollCast and Iran Voices. FaceBook is the world’s largest social network, with over 600 million members.