Once upon a time (during the Internet Boom), I worked for startup business called CareerBank.com, leading a development team consisting of web developers and graphic designers. Despite the generic name, CareerBank.com was a specialist career site for the accounting, finance, and banking industries.

One day a bunch of us were sitting around and joking after a long day at the office. This was probably sometime in mid-2002, because the Internet Bust hadn’t happened yet. Somebody said, “You know, we seem to be doin’ pretty .”

And I said, “Well, we don’t have a blimp yet.” This was a reference to the Goodyear blimp, which filmed sports events from above and continually advertised the Goodyear brand.

About a week or so later, my team presented me with a framed picture of the CareerBank.com blimp taking off from a field, while a smaller blimp from a competitor could be seen in the background.

Found this advertised on Amazon, and took a screen shot. Too bad I can’t wear T-shirts to work… 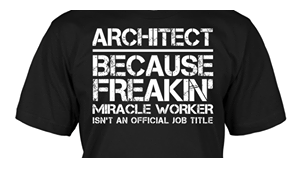 KeenerTech is my technical blog supporting my IT activities. For more “creative” endeavors, such as my non-technical public speaking activities and my professional fiction writing, I invite you to check out: www.davidkeener.org.

Several recent conferences have used custom card games to get attendees to interact with each other (though the rules were rather deficient). Here’s a nice overview article on how to design a card game.

Note: The link has been removed because it now goes to a site about online gambling. 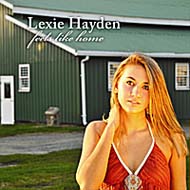 My friend, Dave McVicar, did a photo shoot for singer Lexie Hayden, who is the daughter of a friend of his. Two of his pictures became the front and back covers of her new album.

The BBC has decided to re-design their web site. This blog entry provides in-depth details about the whole design process, as the BBC rebuilds its entire online digital image. There are some nice insights here. Check it out.

Cory Doctorow, writer and Internet commentator, compares the Internet to rock-n-roll, citing the fluid, chaotic nature of Internet businesses. He holds that the primary advantage offered by the Internet is “doing something X-percent as well with less-than-X-percent” of the necessary resources.

David Keener led the team that launched the Exception Request Tool (ERT), the first internal corporate application to be fielded (and actively used) at AOL using Ruby on Rails. This follows on the heels of Ficlets (which later became Ficly.com) and circaVie, the first two customer-facing applications fielded with Rails.