This is a slightly edited version of a 2015 interview of David Keener conducted by Sharon Crowe for a technical publication.

Agile software development is nothing new … in fact, it’s been around since the mid-1980s when James Martin and James Kerr wrote about Rapid Application Development. Since customer needs and technology are evolving faster than ever, Agile provides a way to put incremental capability in front of users, so they get a better idea of what the final product needs to be.

To give some insights about the why and how of an Agile Developer, I spoke with David Keener, a Senior Software Developer based in Oakton, Virginia. END_OF_DOCUMENT_TOKEN_TO_BE_REPLACED

EngineYard will be interviewing me next week for their Cloud Out Loud podcast. They’re specifically interested in my experiences with Ruby on Rails in the government arena. In the DC area, the presence of Rails within government agencies has been growing dramatically.

David Keener was just interviewed by Chris Matthieu and Jason Goecke for Episode 92 of the Rubyology podcast. The interview was about Facebook, Ruby on Rails and Dave’s upcoming talk at SunnyConf later this month. Check out the podcast!

I was in the studio yesterday with a team of seven volunteers to videotape interviews with people who have helped make RubyNation a reality. Interviewees included: 1) Gray Herter, the chief organizer of RubyNation, 2) myself as a RubyNation organizer, and 3) Johnny Nguyen, Vice President of the New Media Group at MetroStar Systems. 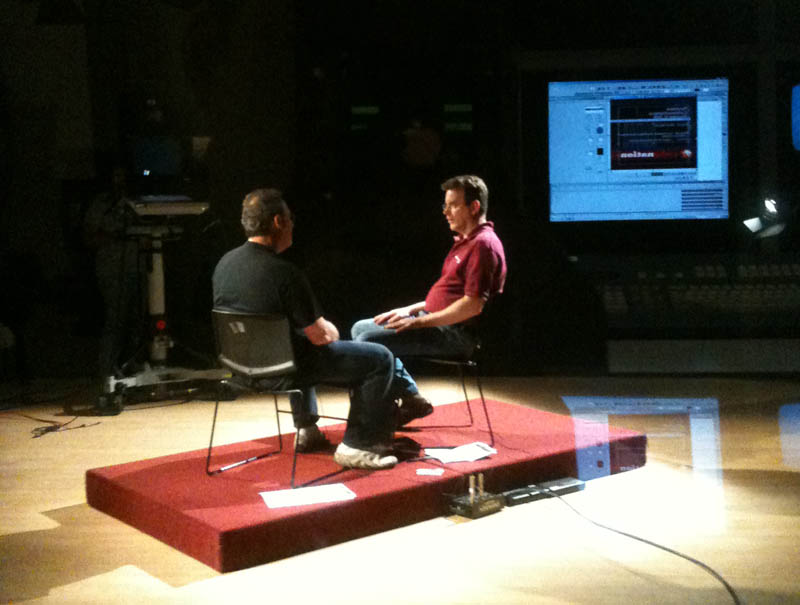 Gray Herter, Chief Organizer of the RubyNation Conference, being interviewed by David Keener in the studio at Arlington Independent Media. Photo by Johnny Nguyen, taken from the production booth.