Yeah, so I decided to start working again on getting this site back up to snuff. Thought I’d start by finding a new and vastly improved theme/header image for the web site. I eventually found an excellent rights-free image (designated as CCO, or Creative Commons Zero) on Pixabay.

Let me know what you think…

Post-employment lunch at Taco Bamba, with their patented steak taco, a crispy shrimp taco, tortilla chips and four kinds of salsa. My General Dynamics era is now officially over…

This is actually version 4 of the KeenerTech web site, which has been up in one form or another since 2004. In the previous version, blog entries were divided up between Articles and News, with the news-oriented entries typically much shorter. All of the “News” entries have been ported into this version of the web site.

Next up, the “Articles,” starting from newest to oldest. Then some of the other features of the web site will return.

Note: Interestingly enough, the technologies have changed over the years. The first version was straight HTML, the second was ASP.net, the third was Ruby on Rails, and this latest version is WordPress.

Well, I’m making progress on getting content moved into the new system. The old site had roughly 300 articles and 300 short news items. I’ve started with the news items and am now back to 2010. It feels like some sort of time warp, as I relive some of my past experiences in reverse.

As soon as I get the news items loaded all the way back to 2006, I’ll start on the articles. They’ll take a bit more work. So, yeah, it’s an ongoing process.

For various technical reasons beyond my control, the old Rails-based site became non-operational when my hosting plan was migrated from CENTOS 5 to CENTOS 7.

I decided this was as good a time as any to move it to WordPress 4.8. All of the old content will be coming back to the site as I have time. That amounts to about 600 blog posts and accompanying graphics, so that’s going to take a while.

A few bad links and issues have crept into the web site, so I’m doing some winter maintenance. Should be mostly transparent to site readers.

My web site recently started periodically interrupting navigation by redirecting users to advertising pages hosted by Go.goadvs.com. Needless to say, I was not pleased.

Go.goadvs.com is a notorious example of the “advertising spam” category of malware. Generally, it infects people’s browsers by installing its own browser extension.

However, in this particular case, I traced it to the SiteMeter widget that I’ve been using since 2010. It’s clearly been compromised in some way, so I’ve removed it from the web site. 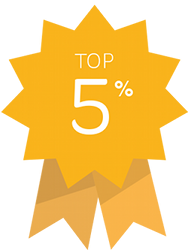 I’ve got twenty of my presentations up on Slideshare. My most popular presentation of the year was Social Networking: The Next Weapon Against Bad Actors, which is about how social networking technologies can be leveraged to assist in cyber security. I first presented this at the government’s GFIRST Cyber Security Conference.

My second most popular presentation was 21st Century Writer. This one discusses changes in the publishing industry brought on by the advent of electronic books.

I recently participated in an interesting email exchange that I thought would be fun to share with the world. The exchange started with the following seemingly innocent request for help:

I need to test the user interface for my new web site feature under IE 9 and higher. I need some help from the team in order to test this.

An almost instant response came back from another member of the software development team. Note that, except for my own name, the other names have been changed to protect the innocent.

“Windows Internet Explorer 9 lets your websites shine and perform just like native applications on your PC.”

What more of a guarantee do you need?

A few minutes later, the first test results came back from another one of the developers.

I’ve never been one to resist a perfect setup, so I responded with a one-word killer response:

It’s always fun when I can combine my passion for software development with my love for movies (and books). It’s even more fun when there’s a delayed reaction as people one-by-one figure out my joke.